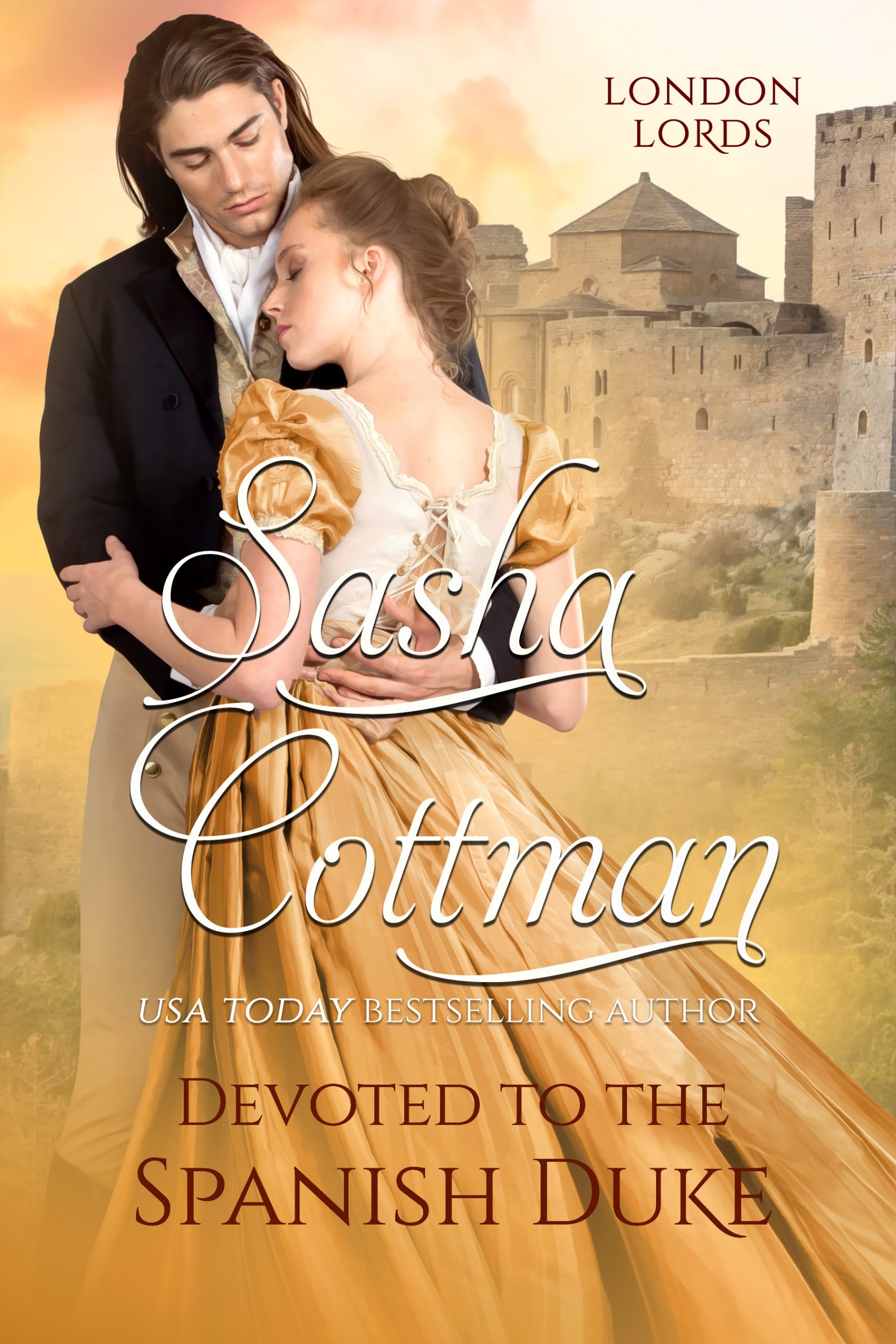 Buy on Mondadori Other Book Stores

Devoted to the Spanish Duke

A Spanish noblewoman, kidnapped and far from home, must place her trust in the hands of a man who is the bitter enemy of her family.

Lisandro de Aguirre, Duke of Tolosa has few enemies greater than the Elizondo family. A bitter feud has existed between the two clans for over a hundred years.

Maria de Elizondo Garza is stolen from her home and taken to London as a hostage. A king’s ransom now demanded by her secret captors.

With hope fading fast, Maria’s brother turns to the one man he knows who can save his sister, Lisandro de Aguirre.

But when her family’s enemy arrives to rescue her, Maria is determined not to go quietly.

A battle of wills soon turns into a war against simmering desire. How can the man she has been taught to hate, be the one who holds her heart?

A dangerous journey home has Maria and Lisandro both resisting the growing attraction between them, but a night of steamy passion makes them finally face up to the truth.

Back in Spain, all is not what it would seem; and they are forced to face the hardest question of all.

Can you truly trust your enemy?

Devoted to the Spanish Duke is an enemy to lovers, standalone book in the London Lords Series.

*As an Amazon Associate I earn from qualifying purchases.
I use all my affiliate money to buy chocolate and cat food.