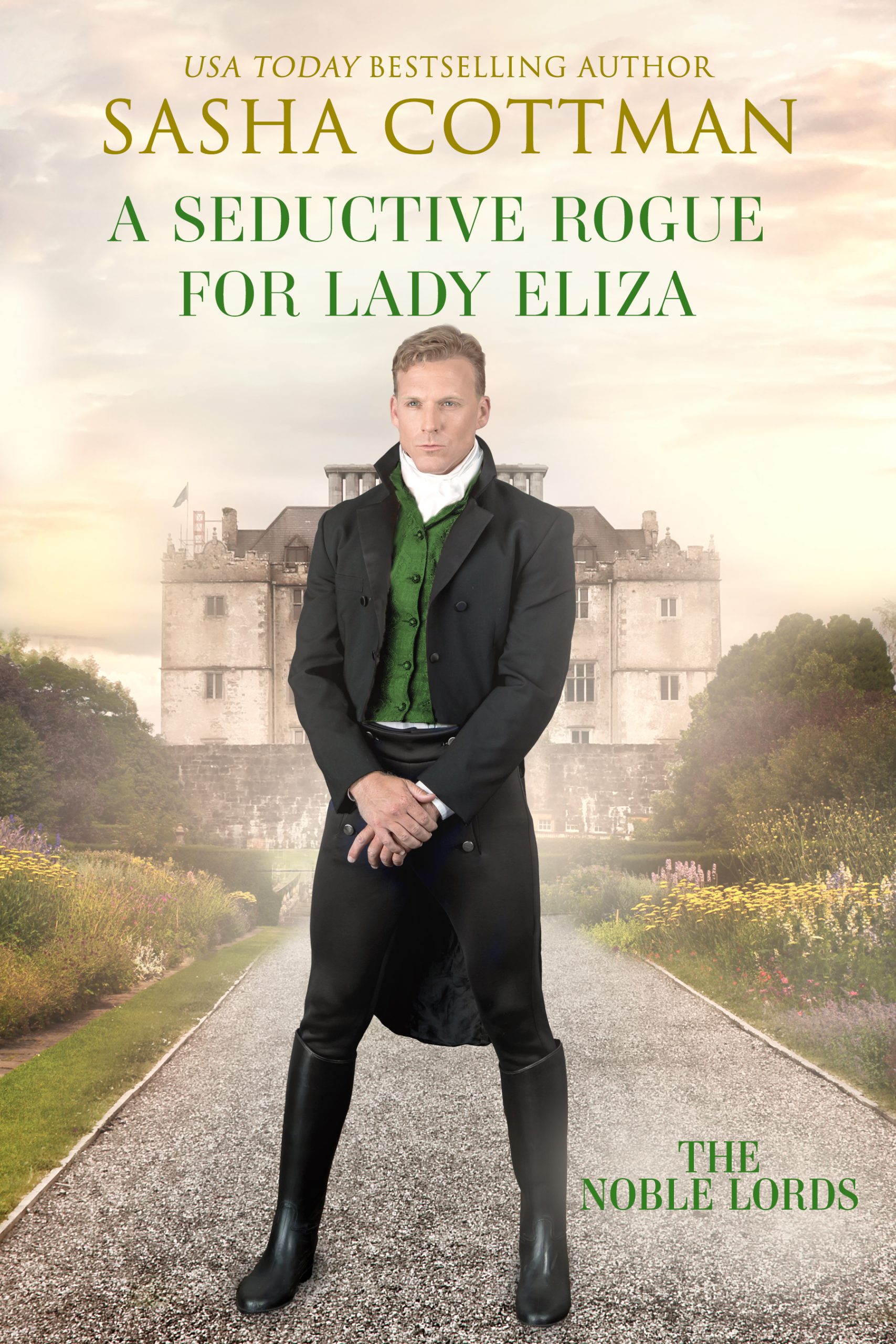 A Seductive Rogue for Lady Eliza

Sir Callum Sharp is the life and soul of the party. If there are hijinks to be started, Callum will be both the fuse and the flame.

He is the man to keep things light when the rest of the Noble Lords musical quartet are ready to rip strips off one another.

No one can resist the charms of Callum Sharp, least of all Lady Eliza Follett, the sister of his fellow Noble Lord musician Reid. She has held a place in her heart for Callum since they were children.

But Callum is too busy playing music for London’s elite and then staying on to party hard to take notice of the luscious curves that Eliza is desperate to offer up to him. For Reid Follett, that is how he wants it to stay. The further Callum is away from his sister, the better.

The only things Callum does take seriously are his music and his daily meeting with his father, Baron Sharp. But his life is suddenly rocked when he discovers that he is soon to lose his beloved sire.

He turns to the bottle to numb himself from the pain. His life and his music spiral out of control.

The rest of the Noble Lords, unaware of the tragedy unfolding, give Callum an ultimatum, dry out or be kicked out of the group. Eliza, however, is determined to stand by her man, and she offers to help him stay sober.

On the death of his father, Callum is consumed with grief, and Eliza soon discovers that her love alone is not enough to save him. Only by opening his heart to her can he find his way back. Reid stands between them, determined that his sister will not marry Callum.

Callum now faces the bitter choice between his brothers in music and the woman he loves. Either way, he loses.

Deep divisions within the group split wide open and Callum and Reid face off against one another, each knowing that this may well spell the end of the Noble Lords.

Can the resolute heart of one woman save England’s hottest music group from tearing itself apart?

The Noble Lords. Stories of war-scarred English lords who are bad boy musicians and the women who dare to love them.