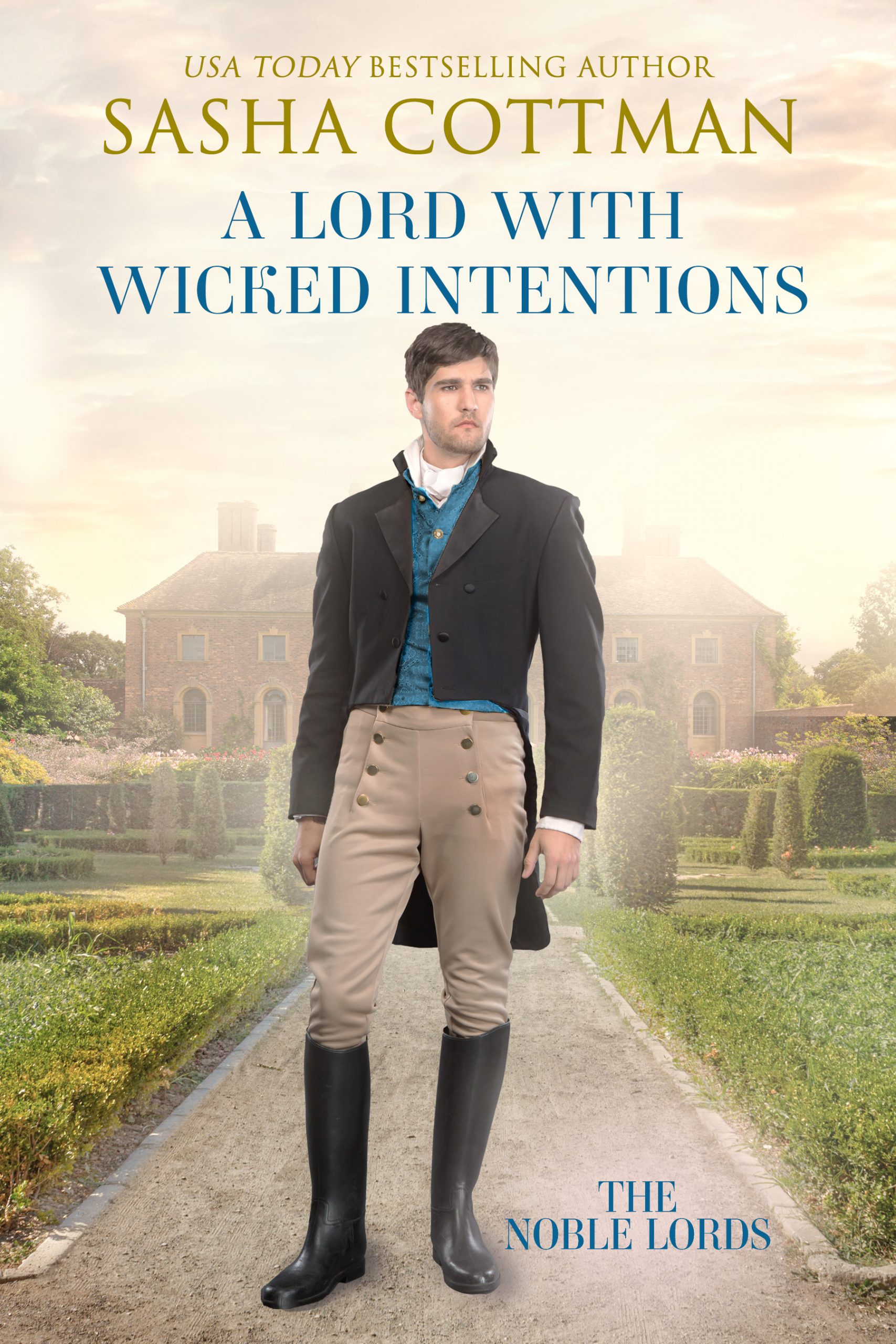 A Lord with Wicked Intentions

Lord Owen Morrison has long stopped counting the number of women he has seduced.

As a member of the Noble Lords, a group of English lords who play music to woo the wicked women of the ton, Owen knows his skillful fingers with the violin and viola are appreciated both in and out of the bedroom.

A year after his return from the battlefield of Waterloo, his parents have unexpectedly announced his engagement to Lady Amelia Perry, a young woman he has never met. Lady Amelia comes with a substantial dowry which will help rescue the Morrison family estate, but Owen is too busy creating mischief to care.

Strong-willed, Amy is not going quietly into the arms of an arranged marriage with Owen. She ventures to London and after assuming a false identity, she begins to lure her fiancé into her trap. She will do everything to unmask him as a rogue and force her father to call off the betrothal.

The promise of a secret affair with a mysterious woman has Owen champing at the bit. But the relationship comes with strict rules, and London’s lothario finds himself having to do the unheard of and be faithful to the one woman.

During their secret liaisons in Hyde Park, Owen shows Amy just how much of a masterful lover he is and awakens her sexual needs and passion for him.

For all her plans and schemes to unmask Owen as a wicked rake, Amy’s heart rules her head, and she falls in love with her scoundrel fiancé.

After Owen fights with a rival musician and is arrested, his father confronts him and demands he set aside his wanton ways and make a respectable marriage. But Amy has seen enough to know what sort of husband Owen will be, and despite her love for him, she calls off the betrothal.

Facing the loss of the one woman he has ever loved; Owen finally gains a painful lesson in jealousy and is forced to face the repercussions of his life as a rake of the worst kind.

Can a rake truly be reformed, and will it be enough for Amy to give Owen a second chance?

The Noble Lords. Stories of war-scarred English lords who are bad boy musicians and the women who dare to love them.